As of Nov. 2016, the following pieces are made available to R2lab users

Also the script that we describe in this tutorial requires a separate Python library named r2lab, that you need to install as follows:

Here's the generic setup regarding the commercial phones available 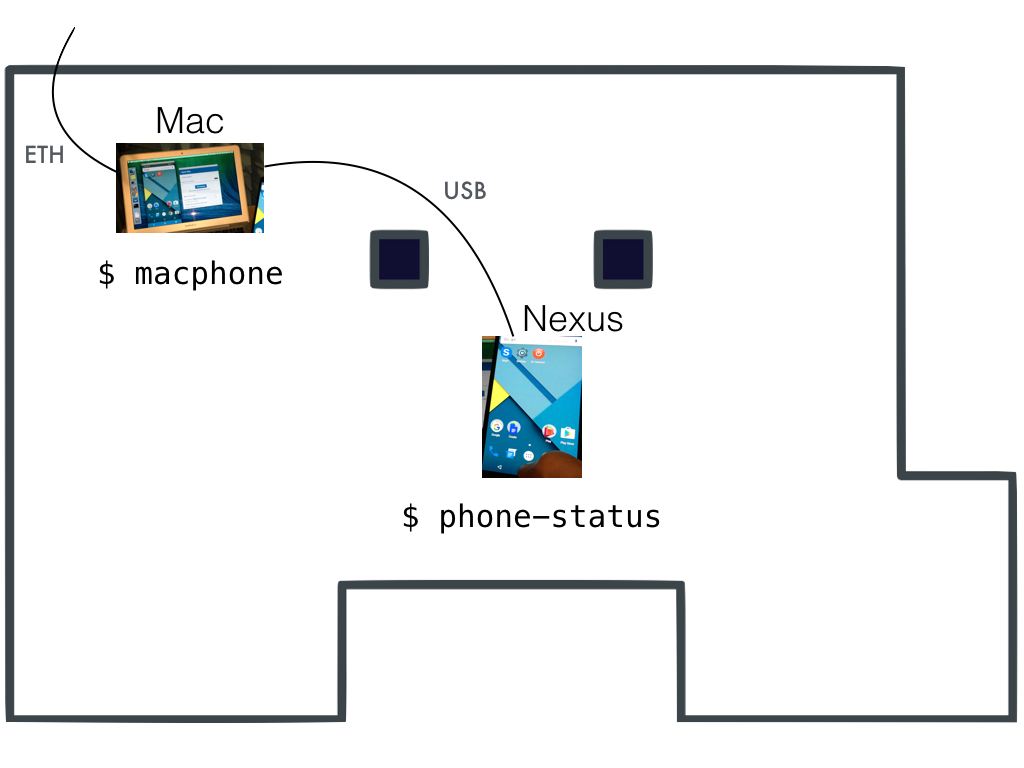 In order to use them as UE's in your experiment, you can control them essentially through 2 ways.

As shown above, each phone is physically connected through USB to a MAC (also in the room) named macphone1 for the first phone, and of course macphone2 etc..

So for example to get the status for phone #2, run this command on faraday:

Or more simply if you just want to login into the MAC box, you can do this

Once on macphone2, just like on faraday, there are some convenience tools available in this shell environment

You can also of course use adb, and thus eventually enter the phone itself

Another way to control the phone is through VNC, or equivalently the Screen Sharing application if your own computer is a MAC. This way you can obtain a video session in macphone1, as illustrated below, and from that point you can run the Vysor application and see the phone screen, and interact with it as if it were in your hand. 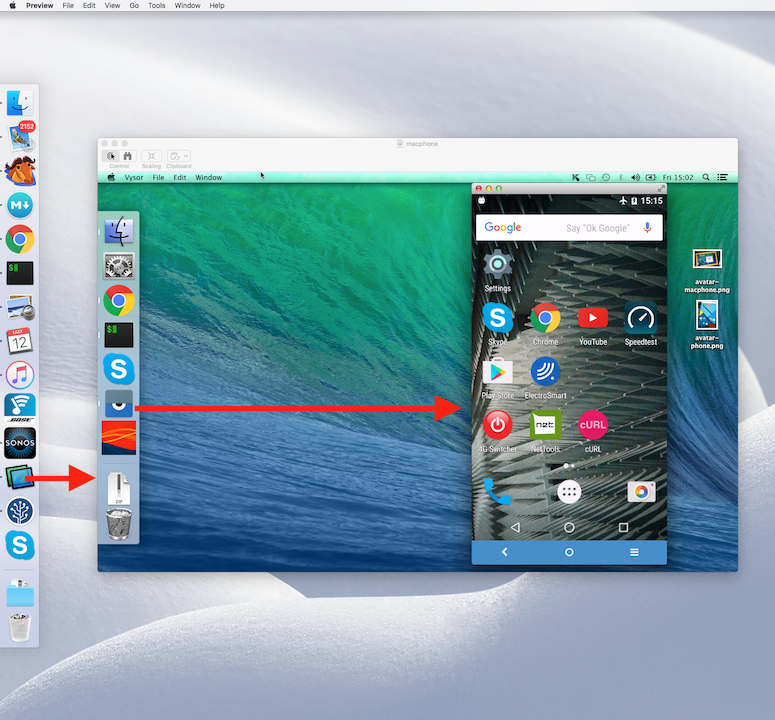 For this you will need the following information (use proper phone number of course):

SIM cards and other details

The following images are available for uploading on R2lab:

Please note that the latter one only makes sense on nodes that have a USRP attached. The former on the other hand can run on any node.

For more details on how to run a 5G network inside the room, please take a look in the R2lab git repo at the OpenAirInterface demo and in particular the source code for oai-scenario.py.

Both images come with their own set of convenience shell functions, and these are leveraged in oai-scenario.py in order to keep that python script's size reasonable. Of course you do not have to use these convenience tools, you can use lower level tools to perform the configurations that you'd like.

For the sake of completeness, the convenience tools available on these 2 images are defined here:

There is room for quite some improvement in these tools; if of interest, feel free to discuss this topic on the users mailing list.

The software and hardware featured at R2lab allow to setup an experimental 5G network inside the anechoic chamber.

As of now, the simplest option is to use a commercial phone to act as the tip of the iceberg in this setup.

It is in principle doable to run a UE inside a R2lab as well, but we have no working implementation of that as of yet.